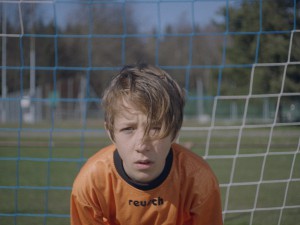 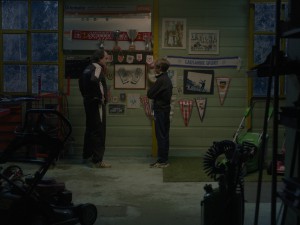 At the age of thirteen, Martin is the main goalkeeper of the FC Cugy junior team. His father trains him everyday and his grandfather films each of his games on his DV camera, despite his nascent Parkinson’s disease. Let’s just say that in the Gaillard family, football is a very important tradition that has been passed down from one generation to the next.

However, Martin is no longer interested in catching balls all day long. He would like to do something else, but no one in his family seems to be listening to him. It is therefore today, the day of the final, that Martin will have to find a way to make himself heard.

Timothée Zurbuchen is born in Lausanne in 1992. He enters the film department of the ECAL School in 2011, where he obtains his Bachelor diploma in 2015. Martin Champion is his end-of-studies film.